Are you planning on handling an upcoming move on your own? If so, one of the biggest items you may be moving is an oversized couch. Larges couches are problematic and are an item that many people to deal with. Here are some tips for moving a couch.

The first step should be to measure the couch and figure out the best way to get it out of the house. If it has been awhile since you had the couch moved in, you may have forgotten that it only fit through a certain door or that assembly was done in the house and it was much smaller when it was brought inside. Take measurements, and then find the best path to get it out of your home where it will fit.

Be prepared to make the path wider as well so that the couch fits, which can include taking doors off the hinges or removing a handrail from the stairs. You may be in a situation where every inch counts when it comes to fitting the couch through a tight spot.

Disassemble As Much As Possible

It will help to disassemble your couch as much as possible when you get it ready to move, which includes taking the feet off of furniture when possible. If you have a recliner couch, know that it will typically come apart in sections for each seat, and it is likely that the movable back part of the couch can be taken off to make it lighter.

Plan to Move The Couch Vertically

It is likely that the couch will best be moved in a vertical position, meaning that you are going to have to move it upright on its side. This is because the L shape of a couch will make it possible to fit it through doors by using a hook motion. You'll likely need to fit one end into the door and then twist it so that the entire couch fits through.

Sometimes this is a job that is best left to a professional, especially when the couch is very heavy and you are lacking the help from friends or family to move it. Professional movers are not only going to get that couch on your moving truck, but they'll get the job done correctly so that the couch is not damaged. They'll also take steps like wrapping the couch in plastic so that the material does not rip during the move. Contact local movers to learn more. 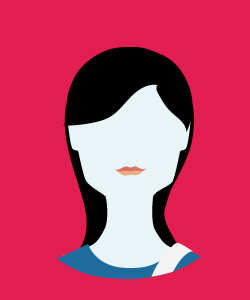 After living in the same home for years, I knew that I had to do something different. I started focusing more and more on moving on with my life, and I was able to find a job in another state that I knew I would love. I realized that I needed to pack and move, so I rented a storage space to make the progress easier. Within a few short months, I had all of my larger furniture items in a storage unit and everything else with me in a brand new apartment. This website is here to help you to move on without losing your mind.